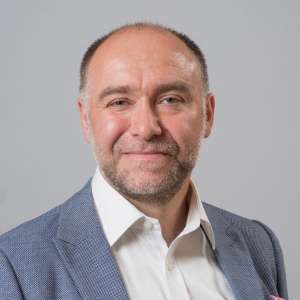 VSB Energie Odnawialne Polska sp. z o.o. is part of VSB Holding GmbH, a leading RES development group headquartered in Dresden, Germany. The company has been developing renewable energy projects in Poland since 2008, and was the first to secure a c-PPA in this market. In a recent Pan-European deal, Partners Group acquired 80% of VSB Group - the transaction is meant to accelerate VSB’s next growth phase.

You represent the first company to ever secure a corporate PPA in Poland - would you please explain the circumstances and whether you found it easy to navigate the process?

Allow me to provide some context first, as our history in Poland is closely connected to this original corporate PPA. 2016 was a year of crisis for renewable energy in Poland - at the time we had a pipeline of 600 MW, but it was clear that we would not be able to bring it to life successfully under the new legislation.

So we decided to park these projects, restructure them and focus instead on optimizing our existing portfolio. Specifically, we optimized the operating wind farms portfolio, restructured O&M and TCM projects portfolio. In Poland, historically we have been successful in providing TCM services to 300 MW of projects including Tauron portfolio of wind parks.

This corporate PPA was a breakthrough as for the whole market. It showed that in times of energy crisis and regulatory problems in Poland, there are ways to provide stability for development companies as well as provide industries with inexpensive and green energy.

In 2017 we decided to start active trading with energy on a daily basis with our operating assets. This was a clear success and showed us a path, that we are capable of selling energy from wind parks directly to industrial clients. Later in 2018 we realized the opportunity for corporate PPAs, also because the prices of electricity had finally reached a level we were comfortable with. We participated in a tender procedure for green electricity delivery to Mercedes Benz Manufacturing Poland sp. z o.o., which we won - we sealed the deal after one year of negotiations and that is when the market truly originated in Poland.

What were the pivotal elements you credit for the success of this transaction?

One element was sizing the wind park correctly, in accordance with the off-taker’s needs - this took a lot of mathematical work. Secondly, it was crucial to set in place a system for precise forecasting of production and consumption. We automated the latter by investing in an innovative SCADA system that uses machine learning, which ensures forecasting is distinctly accurate.

How precise has the forecasting system proven to be?

Tremendously so, we can estimate quantities down to seconds. So far we had a 92% rate of correct forecasting - day to day information tends to be very precise but as a monthly average we lose this 8%. Our team of engineers continues to work on the system to improve results.

Only four PPAs have been concluded in Poland to date - why so few?

We were hoping that once this our first c-PPA is secured we would see many others in the market, but two years later the number remains low as you noticed. On one hand, off-takers are not well educated in this topic, and therefore reluctant to take this business opportunity. We spent a great deal of time discussing with Mercedes and explaining the model, to the very last detail, to ensure we are on the same page.

In Finland, we are concluding PPAs for 6MW turbine class, much more efficient and with much lower costs on PPA. In Poland, by comparison, projects that are auctioned most often use the 2MW wind turbines technology class, which means the prices end up being less competitive.

There is a perception in the market that PPAs are not very profitable, which kept some players away from this model. What are your thoughts on this?

I disagree actually. Off-takers have a tendency to think that PPAs should be below the market level, but this is not true. The price/cost scheme should be acceptable and profitable for both contractual parties. Once all subsidy scheme are out including CfD mechanisms, various schemes of PPAs are the future.

Usually PPAs are signed with a CPI indexation per annum, but this does not include costs related to balancing or extra services connected with coloring and extended commercial management. So the overall revenue makes for a more complex calculation - this is why I stress the idea that off-takers need to be well educated about the model.

Investors will always expect a certain IRR for the project to be feasible, typically 10% over a period of 15 years. This is a realistic expectation, as long as you have good price predictions. Off-takers will expect electricity price close to the market conditions, to be competitive with their industrial products on international markets.

The success of meeting both sides of a contract expectations, is possible to achieve using already existing new technology turbines (5+ MW class), but in Poland it means we need to change the legislation to allow new turbines to be located here (10H rule cancelation). We need to allow as well for industry players to build their own RES, like large scale PV and wind turbines directly connected to factories.

Government support is crucial for renewable energy, but Polish authorities proved unsupportive at times in the past. How do you assess their attitude presently?

Indeed there is still a feeling of distrust in the market after the events of 2016. Authorities were stubborn in maintaining detrimental measures such as the distance rule or freezing electricity prices. The price freeze was completely unexpected, and endangered the possibility of contracting in c-PPA formulas. That’s why there is so few of these contracts in Poland.

On the up side there are people in the government that work for new legislation restart. We are expecting the new law change in the course of 2020. Overall I am optimistic about this next period.

VSB Group has recently received an investment injection from Partners Group, that allows you to pursue new directions  - what specifically do you have in mind?

We want to focus our strategy by 2025 to own 600 MW across Europe and sell energy from these sources. The idea is to reach a critical mass and become one of the 10 largest renewable energy companies in Europe.

Will your focus remain on Poland or are you looking at new markets as well?

We used to be active in Ukraine, Russia and the Baltics but now, as VSB EO the focus is exclusively on Poland. We see a great deal of opportunities here and we are in great position to seize them. VSB Group is of course active on many other markets, especially in France, Germany, Finland, Ireland, Romania and Italy.