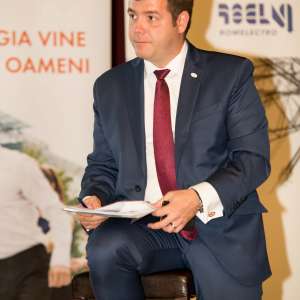 REPOM offers services that cover the entire operational works surrounding the operation and management of power plants that are producing energy from renewable sources, including wind, and solar.

Could you provide a brief introduction to Repom as well as describe your service offering within the energy sector?

We started out in 2008, the company at the time was called TTM, and the main activity consisted of transferring know how about renewable energy from Germany to Romania. Renewable energy took off in our country around 2007-2008 and we recognized early that there would be a boom in this sector. We were also aware that there was little know how about the industry available here at the time. We developed greatly since, for instance now we are able to handle development, find locations, get the right authorizations in place, manage the financing aspects and the project overall. Our role is essentially to be investors’ right hand.

We became Repom a little further down the road, after these initial projects were finished and energy was in the system. We opened the champagne bottle but came to the realization that the parks we had built needed someone to operate them, and ensure everything was running smoothly. Most of the investors at the time were coming from sectors that were not related to energy, and there were very few options to externalize the service. Thus, Repom was born out of this necessity, and the activity kept growing to a point where TTM was eventually absorbed into the new structure.

How have you seen the local market react to the swooping changes that occurred in legislation in recent years?

The initial investments were made on the basis of the Green Certificates scheme that was closed on December 12, 2016. Companies that came into the market managed to build 5,000 MWh in record time, and invested EUR 8Bn in total - this is the highest investment in energy that Romania has seen since the 1990s, that came from private sources. The main attraction was the generous support scheme, maybe too generous if we look back on it. An adjustment to these initial conditions was probably unavoidable, but the issue is in the way the change was made – very abrupt and without properly assessing its impact. It was a decision that simply sent projects straight into bankruptcy - some companies literally dismounted their turbines and moved them somewhere else.

How have the circumstances evolved since and what measures are still needed to stimulate new investments?

Attracting new investments in a country like Romania are vitally reliant on engendering trust and building a predictable framework. Alongside my position at Repom, I am also senior vice president at PATRES, and the association we played a crucial role in engaging with the authorities and defining this year’s framework. They did realize that they mishandled the situation, and in recent years they engaged with us in open dialogue and looked for solutions to fix things. There are positive outcomes to our collaboration, for instance we managed to pass GEO 24/2017 and Law 184/2019, which approved the respective GEO. The most important thing, however, is that this new legislation stays in place for a longer period of time. If we look to our past, law 220/2008 that grounded the initial investments has been modified almost once every year.

Open dialogue with public authorities has come up often as a challenge for the industry - how did PATRES manage to create these fruitful conversations?

We were extremely persistent in getting them to listen to us - it is not that complicated to meet them, but for them to actually listen and truly understand your issue can be a challenge. We also maintained a broad vision, we considered more than just our own interest as an organization. Sometimes people tend to pursue their own needs only, but we believe that an inclusive approach leads to healthier decisions. If you will, we used “fairness” as a strategy throughout this dialogue. Of course we needed to concede things on our side as well, but overall we found that this approach did manage to bring about positive change.

How do you see the energy transition unfolding in Romania and what are the biggest roadblocks you are noticing?

Romania has a better energy mix than most countries in Europe, but I am not sure that separating them by type of resource was the best idea, because it created a level of conflict between them. In my view even within the same company there should be a mix, because different resources complement each other.

Further to this, Romania finds itself in an interesting position at this point in time. It is caught between “old Romania”, which tends to be reluctant to change simply due to human nature, and “new Romania”, which tends to be somewhat aggressive and wants everything to happen instantly. The ideal situation and what we strive for is a balance between the two. We obviously want to see as much renewable energy as possible, but we are also aware that if we shut down all coal facilities today, we also need to be ready to turn off the lights. This transition will happen over time, but for it to be successful we need to start setting a reliable plan in place.