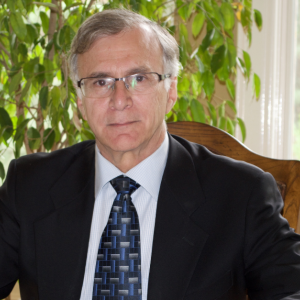 Congratulations on the initiative of using sand to manufacture solar glass, the first of its kind in North America - what drew you to this industry segment?

We have been in the exploration business for many years and 14 years ago we founded a company looking for gold in Ontario. When the gold industry went sideways, we were offered a sand project in Manitoba which clearly had merit thanks to the demand in the fracking industry, at least before the oil industry started suffering. We always take care to do our technical due diligence, and, as it turns out, the German experts we hired told us that the sand we had rights to was far too valuable to be used in fracking. We have a unique quarry ideal for high end glass manufacturing. We then narrowed our focus to patterned solar glass driven by the very attractive market conditions for the product.

What are the specificities of Manitoba as a location for your quarry and will it allow you to remain competitive with Asia?

Manitoba is a fantastic location. We are centrally located in North America, with great access to railroads and trucking logistics, meaning that we can easily deliver anywhere on the continent within four to five days. Delivery times from the Far East (where virtually all patterned glass is now being made) are around six to eight weeks. Additionally, glass making is an energy intensive process, with the sand having to be melted. Manitoba happens to have the least expensive electricity in North America, which significantly reduces our production costs.  Additionally, low natural gas costs, coupled with our vertically integrated sand supply, makes this a cost competitive operation with the Far Eastern suppliers.

Then there is the human element. We are fortunate to have access to great human resources, at a time when the region needs job creation. The quarry is right next to a First Nations Reserve that has been struggling with unemployment. We expect to be the largest employer in that area.  We are also in a position to offer 600 jobs in the construction phase of the plant and then 300 permanent jobs, which would then increase as we expand the operations. Manitoba has just seen their largest employer shut down with the loss of many permanent jobs, CPS will be able to replace many of these jobs.

We saw the recent MOU agreement with Hanwha - how is the response from the industry at this stage, and are you seeing demands such as this one continuing?

Absolutely, there has been significant interest. As soon as we announced that we were going to make patterned solar glass, we had many enquiries both from suppliers, such as Hanwha, and funders. Hanwha are the largest producers of solar panels in America, and the MOU we signed with them is a clear indication of demand growth. Given the absence of patterned solar glass manufacturers in North America, CPS has been getting a lot of positive attention. Just to put things into perspective, from the calls we are receiving the demand for the patterned glass in North America has already exceeded what we intend to produce by about four times.

What stage is the Manitoba project in and when do you expect to start production?

We are a micro-cap company looking at a CAD 400-500 million production cost; however the market understands that the fundamentals are strong. There has been significant interest from strategic investors offering equity and, given the robust anticipate returns, we are also looking at the debt market. One of the angles we have been looking at recently is green bonds as a means of completing the capital requirements.

By the end of 2022 we expect to be “shovel-ready”. We are now doing the detailed engineering, design and procurement to see where all the pieces of equipment will come from and refine our cost accuracy to within 5%.  The building itself should be completed within 24 months. Local authorities have also been receiving us very well and providing a smooth terrain, thanks to the job creation we are responsible for, and also because it is an industry they wish to endorse.

Solar energy has hit the 1 TW mark this year - what are your growth estimates in terms of demand in this space, and are you looking to supply other industry segments as well?

We could be looking at glass doors, windows or telescopes, but the reality is that the demand for patterned solar glass is massive.

We also looked into the future, to see if there was any technology that could replace ours, and the answer was that this would be in place for the next 20 years.

We have our sights firmly set on solar glass for the time being.

What is your vision for Canadian Premium Sand for the next two to three years?

I have been involved in exploration and mining for many years and one of my greatest personal rewards is in job creation. I look forward to filling the first 300 workplaces, and then more, up to 1,000, as we keep expanding. Beyond that, we are thrilled to bring patterned solar glass manufacturing to North America and actively contribute to the growth of the regional solar energy industry.  As the former premier of Manitoba said, the silica industry could be for Manitoba what oil & gas is for Alberta and Saskatchewan.